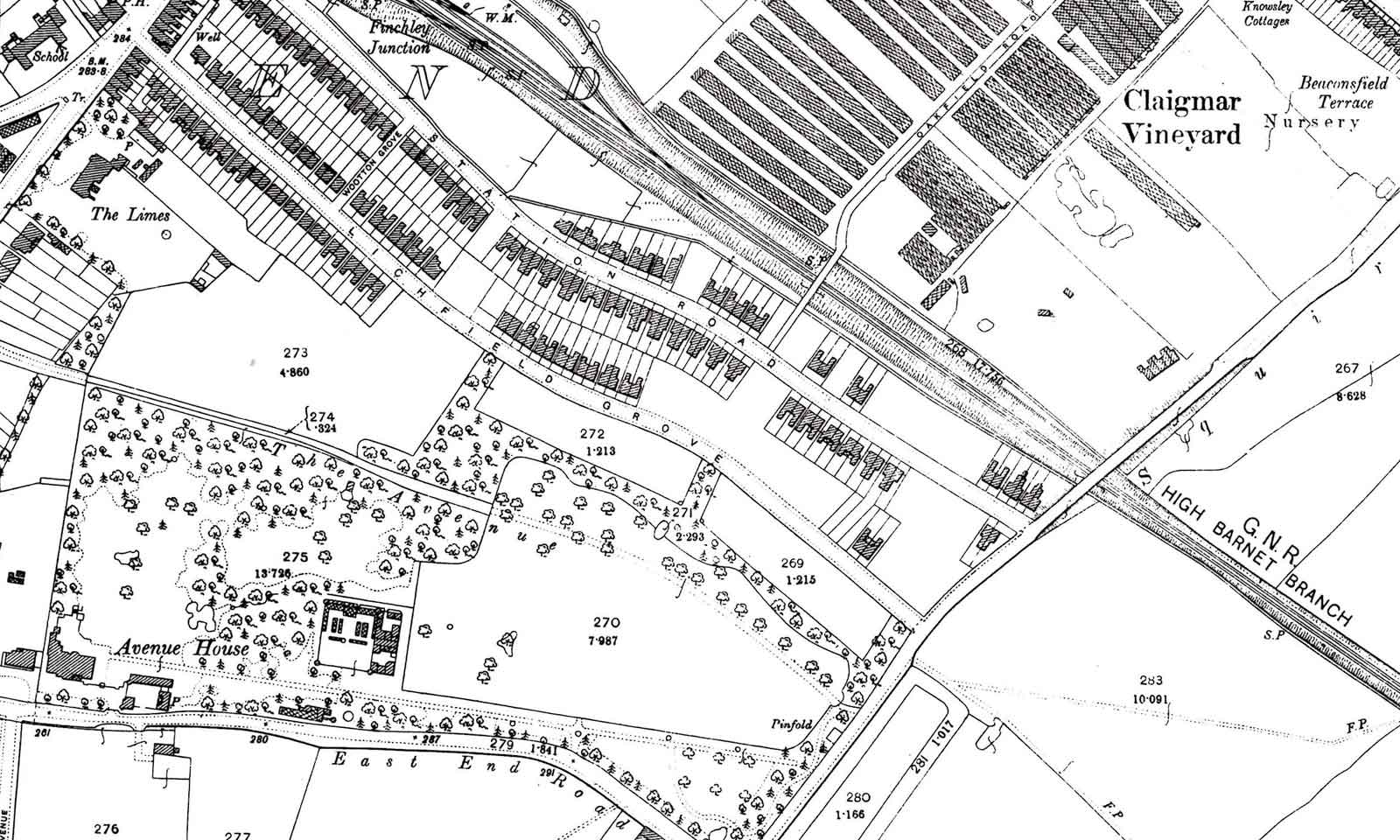 Originally owned by the Bishop of London, the land on which Avenue House stands used to be known as Temple Croft Fields, after the Knights Templars who were granted it in 1243. From 1312 it belonged to the Knights Hospitallers until their estates were seized by Henry VIII in 1540. It passed through various hands until in 1732 it was bought by Thomas Allen, builder of the existing manor which is now the Sternberg Centre.

In 1859, Rev. Edward Cooper, a relative of the Allen family, built a villa on the site, which later became known as Avenue House. It was bought in 1874 by Henry Charles (Inky) Stephens, son of the inventor of the famous blue-black ink. He died in 1918, bequeathing Avenue House to the people. A small exhibition of memorabilia provided by The Stephens Collection is on view at the house. The grounds were designed by Robert Marnock, said to be the best landscape gardener of his time. Read about Marnock's life and work with William Robinson for the Stephens family. On 3 May 1928, nearly 10 years after Stephens death, Avenue House was formally opened to the public. Since being opened to the public, Avenue House and its outbuildings have become home to a family of charities, small businesses and societies, providing an important local facility for the community.

In 1989 the building was ravaged by fire, since then it has been extensively and sympathetically refurbished to retain its character, and at the same time provide modern and comfortable facilities for conferences, business functions and exhibitions. It is also an ideal venue for family celebrations such as weddings.

On 1st November 2002 Avenue House Estate Trust, a charity, took over the management of the Estate from the London Borough of Barnet. The Trustees comprise local residents and representatives of the users of the house and gardens.

In 2014 the estate became Stephens House & Gardens to better interpret the history of this amazing facility.